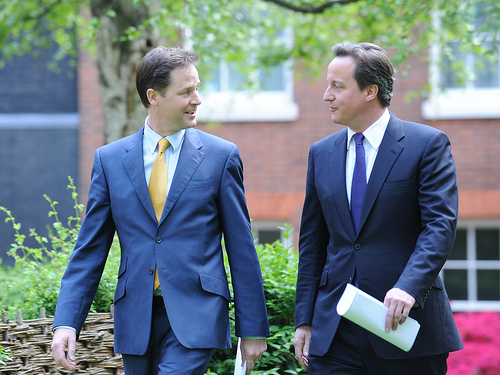 I tend to avoid party politics. I think I’m kind of left of centre but I don’t readily buy any party line, and when quizzed on my policy preferences at the last election I chose 2 Labour, 2 Liberal Democrats, 2 Tory, and 1 UKIP policy.

The recent local government elections have been dreadful for the Liberal Democrats. They are suffering for a number of reasons but primarily being in a government making tough decisions, and the complete fiasco over the issue of University tuition fees.

They made tactical errors over the University tuition fee issue but they did negotiate a very good deal for future students given the state of UK government finances.

They entered a coalition with the Conservatives because that was the only deal on the table that could have worked after the last election, e.g. we, the electorate, left them no meaningful choice.

Given the defeat of the Alternative Vote referendum I’m likely to be voting Liberal Democrat in future, because voting for the candidate who I believe most closely reflects my views is pointless under the current electoral system. Thus a tactical vote for the Liberal Democrat candidate remains my only plausible strategy to avoid an old Etonian who thinks what we need is more Bishops in the House of Lords, and I doubt my constituency is unique in this regard. If others abandon similar tactical voting strategies we might end up with a government even less acceptable to me than the current coalition.