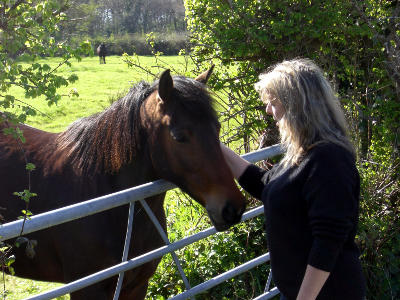 Most medical papers note that people with Graves’ disease have increased mortality of all or many causes. The situation after treatment with radioactive Iodine is better studied because the governments are keenly interested in how dangerous radiation (and especially radioactive Iodine) is, for reasons of both defence and power generation.

Most medical papers quote mortality using standardized mortality ratio (SMR) It is not immediately obvious how to relate this to something easier to understand such as decrease in average  life expectancy.

where k is a constant derived from looking at the population. Haybittle computes k from data in the UK, and so his values are only applicable to people who match his group, and the method is only appropriate for the over 30s before they have incurred significant risk (e.g. younger than 45). He computes k separately for men and women, and shows it increased between 1952 and 1992 in the groups he examined but for our purposes the 1992 data is probably good enough.

Now all we need is a suitably good value of SMR for people with Graves’ disease. We are assuming people treated for their Graves’ disease and receiving adequate medical care and medication.

Metso et al, Endocrine Care 2007 gives 1.12 for 2793 patients receiving RAI for hyperthyroidism. Like many such studies the SMR is RAI dose specific, which may reflect bad effects of RAI or that bad cases get more RAI (either larger or repeated doses).

Franklyn el al, 2005, looking at 2,668 individuals treated with RAI for overt hyperthyroidism gives 1.14. This and other studies note that subsequent hypothyroidism with levothyroxine treatment is protective for this treatment group (it is best if your treatment is effective).

Brandt, EJE 2011, meta-analysis, gives SMR of 1.21 for overt hyperthyroidism.

So there is significant uncertainty in the SMR for Graves’ patients, and even ignoring error bars one can make a case for anything from 1.1 to 1.5. However we’ll use the meta-analysis result of 1.21 as typical of the hyperthyroid.

Thus the expected change in life expectancy for people with Graves’ disease in the UK, over 30 and under 45,  is about -2 years, with the lower value of 1.1 giving -1 year, and the higher value of 1.5 gives -4 years.

What might  seem like a large mortality ratio is mitigated because your odds of dying young in the UK are low, then increase sharply with age, so your absolute risk of dying remains relatively low until you reach the kinds of age at which people typically die. That said much of the mortality with Graves’ is associated with bringing the initial hyperthyroidism under control, so once you are stable your life expectancy may be reduced by less.

Disclaimer – I’m not an epidemiologist, doctor, or actuary. This is my first attempt to apply Gompertz function. Applying averages to your own case may not be terribly clever or appropriate, if you need a better estimate of your life expectancy consult your doctor or insurer. Errors and omissions are quite likely. Gompertz function is known not to be representative of other populations, such as developing countries. Life expectancy is changing (mostly improving) rapidly. Give up smoking, give up or moderate your alcohol intake, lose weight if you are obese, exercise at least 2.5 hours a week if your doctor advises it is safe to do so. Look both ways when crossing the road, drive carefully. May contain nuts.

Haybittle JL
(1998) The use of the Gompertz function to relate changes in life expectancy to the standardized mortality ratio. Int J Epidemiol 27:885–889.
“The light that burns twice as bright burns half as long” – Blade Runner