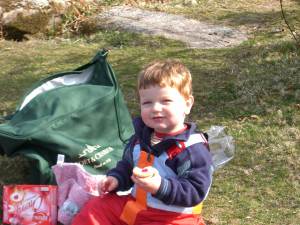 It has been observed by others before, that people’s ability to make rational decisions about their own health care is often poor. Something I know I’m not immune from. Doctors know this, and are usually advised not to self prescribe, or prescribe for family members or colleagues.

We see crazes like homeopathy and faith-healing where there is not even a possible agency or mechanism at work, yet people will pay for these services.

But this is true also of conventional medicine. A close relative recently responded to my “I wouldn’t trust a random <randomly chosen> GP to correctly interpret a thyroid test” [especially in the context of thyroid affecting drugs that weren’t licensed when many GPs were in medical school] with “What choice do I have?”, and then proceeded to try and rationalize this response.

In this case the “choice” if the need arrives is obvious – get a second opinion, or an opinion from a specialist. Typically on the NHS in such circumstances you can just ask for a second opinion, and probably whenever your GP says something significant asking if a second opinion would help enables you to gauge his confidence in the opinion (which may or may not reflect on its accuracy).

Said relative would have no problem requesting a second opinion if a motor mechanic suggests an expensive repair. Similarly homeopathic car repair, and car faith healers are in short supply if Google is to be believed.

The usual answer that the skeptical community has for this particular failure of critical thought is “desperation”, or “fear”. It is easy to understand why people who are faced with life threatening complaints, poorly controlled pain, or complaints for which there is no known effective treatment, will experiment with unusual treatments, indeed such a response is probably rational (although the specific choice of treatment often isn’t).

As for cars the only “woo” that has taken hold I can think of is magnetic fuel conditioners. These are magnets you strap to your fuel line, which reduce fuel efficiency because you are now driving around with a pointless magnet strapped to your car.

There is also a lot known about why baseless medical treatments gain hold, from blood letting onwards. But even if we ignore treatments with little or no evidence, and situations where the medical advice concerns life threatening or serious decisions, my anecdotal experience is people’s judgments are still often fuzzier with health care than with less personal items. Indeed most “complementary” therapy is concerned with minor ailments. So I suspect some aspect of our ego is getting in the way, clouding our ability to see ourselves (and our families) objectively even when we aren’t aware of strong emotions being at work.

Meanwhile, perhaps we should try and treat our health care more like car repair, or possibly it is just we are a lot more complicated than cars.

I’ve got to go prepare the new model for a trip to Exeter.

Inspired whilst reading: Cialdini and Consistency: Why This Might Influence Trust in CAM